This post is a copy of an article I posted on my sister site cinema5D.

Before heading for a shooting trip to Croatia for a music video (to be released later this year), I decided to take both the preproduction KineRAW Mini and a 5D Mark III (Magic Lantern firmware for raw recording) with me to do some comparisons.

The wonderful and equally talented Nicola von Leffern (a very talented camerawoman in her own right – seriously do check out her videos and showreel by clicking here) agreed to be my camera test victim. Thanks Nicola!! 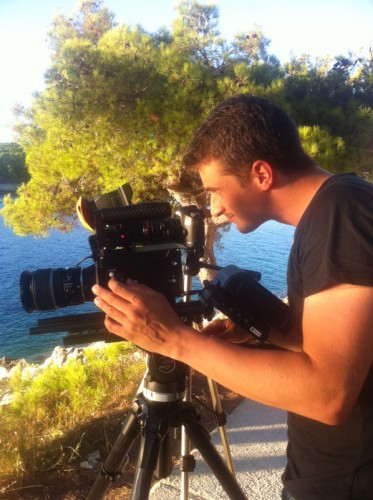 My friend Johnnie Behiri has already shot a proper Video Review with the KineRAW Mini (a beautiful documentary about a sailing team training in Southampton – check it out here if you have missed it!).
Usually I am not a big fan of technical tests of cameras, but this camera had me intrigued – for a surprisingly low price of €3800 (including tax), the KineRAW Mini by Kinefinity is capable of recording 12 bit RAW video. And that puts it right next to the 5D Mark III, which is able to do the same in 14 bit with the ever-evolving Magic-Lantern hack, which we have covered extensively on cinema5D (click here to read the complete and constantly updated guide to 5D Mark III RAW recording, thanks to our very own Sebastian Wöber.)

So the KineRAW Mini and 5D Mark III are priced very similarly ($3,500 for the 5D Mark III), and both can record raw video – that really called for a comparison. 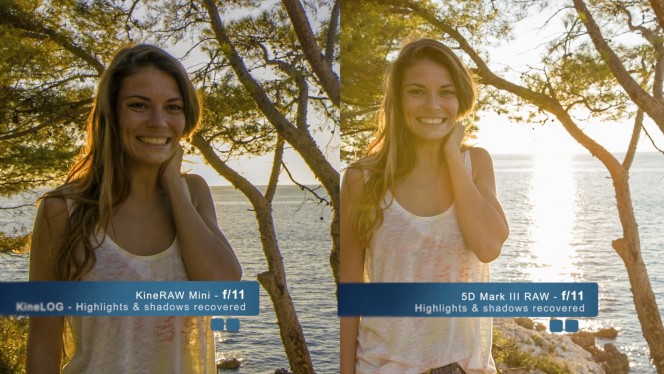 The advantage of raw video is the fact that it opens up a multitude of post production options that are impossible with heavily compressed footage (which we usually get from DSLR and even many other more professional video cameras). That comes with a price, of course – the file sizes are enormous and hard to deal with on every job day in and day out. Nevertheless, there are a lot of applications where raw is a real asset even for everyday jobs – for example, in occasions which require a lot of latitude.

Let’s say you have a talent moving in front of very strong backlight. You would have to light the foreground considerably (one way or another – with a reflector or simply a very powerful light) in order to be able to see the subject in-camera and at the same time exposing correctly for the background. If that backlight is sunset, it becomes even more difficult – the light is changing rapidly, a reflector often looks unnatural and will blind the subject.

With raw video, you are able to lift the shadows and regain detail in blown-out highlights. A scene like this is probably as bad as it can get with regards to dynamic range. Extremely bright and extremely dark spots in the same image are a real hard challenge for any sensor.

For this test, I decided not to use ND filters. Why?

Two reasons: for one, I did not have the same brand of ND filter twice with me – which would have meant that inconsistencies in shooting could be a result from different qualities of filter glass. I did not want to risk that.
Secondly, I wanted to achieve deep focus, which also meant I needed to step down considerably. Shallow depth of field would have meant that also the highlights in the background would have behaved differently – if they were out of focus too much, this would have resulted in highlights that are much harder to reconstruct (and judge at all, because after all, they are out of focus).

The decision not to use ND filters of course also meant that I had to use a very low ISO. The lowest ISO on the KineRAW MINI is ISO 320. I know that both the KineRAW MINI and the 5D Mark III are rated at a higher native ISO (around 800 ISO depending on the camera), which means that generally they have their ideal dynamic range in this setting. It was a compromise I was willing to make – but keep in mind that dynamic range might even be BETTER than shown in the video (in both cameras) when shooting at ISO 800. 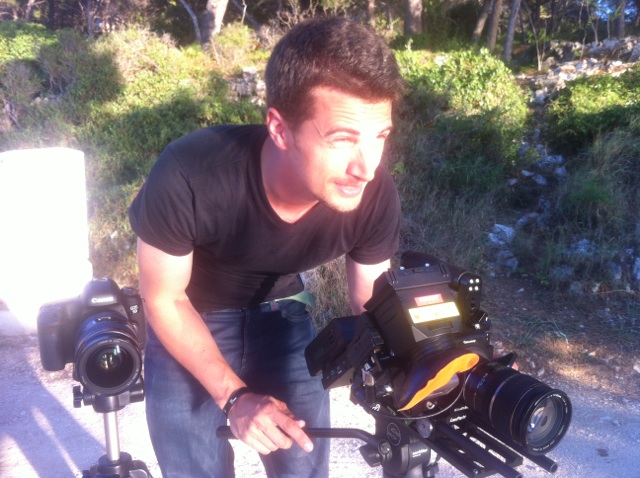 The setup was simple: I would stop down from f/9 to f/22 stop by stop while Nicola would move back and forth in front of both cameras. Thereby she would block the sun from directly hitting the cameras at some point, which means we would be able to see both the unblocked sunset and her silhouette blocking the sun in the same shot.

Only the first f/9 shot is exposed more or less for the foreground (Nicola), while all the remaining shots expose more and more for the very bright background, leaving nothing but a silhouette of Nicola.

I would quite literally not be able to see her any more on any camera. As you can see in the recovered shots, it’s unbelievable how much detail can be recovered through the raw footage on both cameras.

All the highlight and shadow recovery was done through Adobe Photoshop – I simply opened all the DNG files of a sequence, then corrected one photo with the RAW Import Converter (“Highlight Recovery” turned to the maximum on all shots, “Shadow Recovery” increased with higher aperture). The setting for one photo was then synchronized for the whole sequence. The photos were then saved as uncompressed TIFFs and imported as an image sequence in QuickTime 7, where I saved the sequence as an uncompressed MOV file. The MOVs were imported into Final Cut Pro X and dropped into a ProRes 422 timeline. Minor saturation adjustments were done to the KineRAW MINI footage as the KineLOG produced considerably less saturated colours than the 5D Mark III.
EDIT: Readers have correctly pointed out that you can’t “bake in” picture profiles into raw footage – which means that the CineStyle setting in Magic Lantern is irrelevant. Sorry for my stupid newbee mistake!

As you can probably see, both cameras have their advantages when it comes to dynamic range, and it’s a really close call. Due to the considerably larger sensor, the 5D Mark III seems to be better in low light. The shadows are simply better protected and there is more detail. When completely underexposed and pulled back up (e.g. at the f/22 shot), grain is very visible from both cameras, while the 5D Mark III seems to be a tiny bit better. However, it seems like highlights are more easily recoverable with the KineRAW MINI in KineLOG mode. Look at the horizon in the shots and you will see much more detail in the blue.

So all in all, both cameras have impressive dynamic range, yet the 5D Mark III seems to be better in low light and the KineRAW MINI is better with highlights. Both are definitely worth quecking out in more detail!

Speaking at Russian Forum for Videographers in Moscow 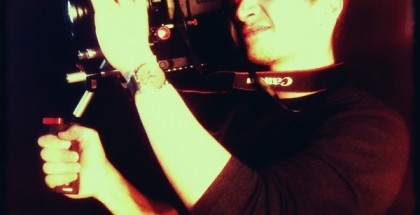 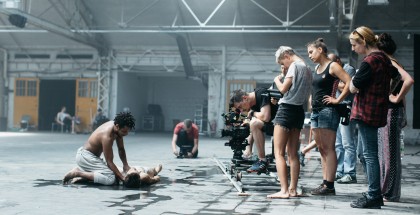