• Part 2: The Art of Filmmaking 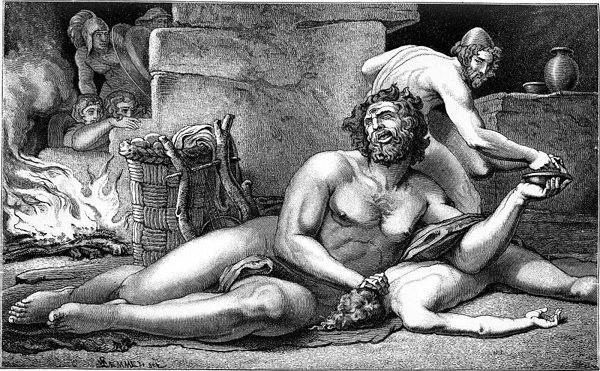 Odysseus and Polyphem by Gustav Schwab

Last week, I talked about philosophic concepts such as life, truth, intention and originality. These are all concepts that are fundamentally important in order to create art in general. This week, I want to talk about the nuts and bolts of compelling stories.

First of all, we‘ll have a look at the grand concept of compelling stories that Joseph Campbell, author of the famous book The Hero with a Thousand Faces, calls the monomyth. After that we have a look at Aristotle‘s three act structure and how I mapped The Boy Next Door onto it. So, let‘s dive into the ancient heritage of great drama and myths, that is not so ancient after all.

As you might have guessed, I am not a big believer in religion but evolution. For me, evolution is the most fascinating force in the universe. It is so simple and yet it creates complex structures out of chaos. Life therefore can be considered as the structuring of chaos. The process that makes this structuring happen is development and like in life, development is the driving force of (almost) every story. To be more precise, it‘s the development of a character – our hero.

Mark, the protagonist of The Boy Next Door, undergoes a development of its own as well. At the end of the movie, he is not the same as he was at the beginning. At the beginning, he cared about money and needed anti-anxiety pills to calm himself. At the end, he objects money and replaces his anti-anxiety pills with social interaction. The conflict in between fuels this transformation.

This is a pattern that can be found in almost every story ever told. It‘s called the monomyth or also known as The Hero‘s Journey. It can be found from Odysseus all the way up to Black Swan and is always about the journey and transformation of the protagonist. Let me save the scientific explanation of why this kind of story is that popular for the end.

In drama, the transformation happens in three steps, the so called three act structure that Aristotle proposed. It basically describes that the story has a beginning, a middle and an end. Some people sometimes talk about more than three acts but for me they only fracture the second act into more twists and turns.

So how did I map the story of The Boy Next Door on the three act structure? Mark is the one who undergoes the strongest development. We start with him in his ordinary world – being a hustler, naked in a hotel room. At the very start I already introduced that he suffers from anxiety attacks. I used the anxiety attacks to visually demonstrate him being not in the right place, not feeling good about himself. Furthermore, the bottle of pills works as a visual device that will demonstrate his successful transformation at the end.

The event that starts and propels the transformation takes place when he runs into Justin, the son of his client. Both of them couldn‘t be more different. Orchestrating your characters in such a way guarantees conflict that drives the plot and the transformation. Still they have one thing in common that allows me to find a common ground and form a connection – both of them are afraid – Mark having his anxiety attacks and Justin having nightmares.

Mark wants to get rid of Justin first but Justin, bringing him the bottle of pills, establishes a connection. He seems to care about him, which is something Mark doesn‘t know as a hustler. A friendship starts to grow, becoming stronger over the course of the montage. This is when Mark learns about honest social relationships.

Both being asleep and Justin having a nightmare again, Mark learns to apply what he learned, he cares for Justin by symbolically protecting him from his imaginary monsters. Jack, the father, comes back trying to get Justin out of the room being selfish about his own needs. Mark can‘t stand it anymore and wants to leave. Jack tries to lure him back with money but Mark, being transformed, doesn‘t want the money anymore. He leaves.

Through the confrontation with Jack, Mark loses the grip on his newly found (yet still weak) strength. Justin comes out of his room reminding him that there are people who really care about him, but not only because of his looks or money. This allows him to abandon his pills. Mark is fully transformed. Him being able to live without the pills is the consequence of his transformation.

If you want, you can think of all three characters on one continuum, but in different places. Justin represents where we come from – an innocent and caring place. Jack is what materialism makes of us – greedy, egoistic and non-carrying creatures. Mark is in between. He comes from where Justin is but is heading right down to where Jack is if he doesn‘t change. He is at a fulcrum. With Justin as the catalyst, he is able to chose the right path for his own good. 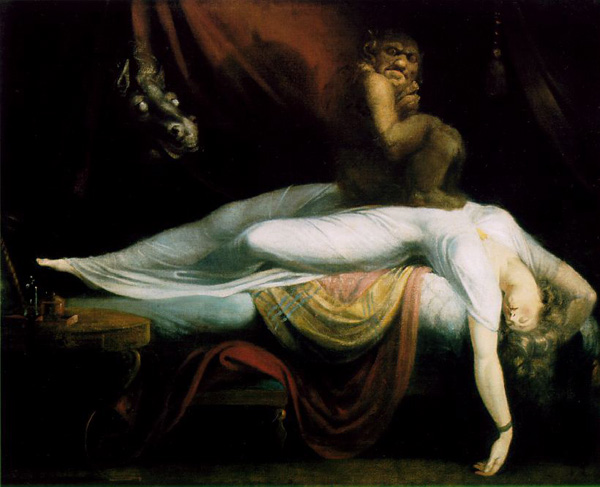 The Nightmare by Johann Heinrich Fussli

„A MOVIE IS A WELL CRAFTED DREAM“

That‘s the hero’s journey, a journey of transformation and growth, a journey every human being undergoes in his or her life. It‘s not so much about the concrete form that I put it into to communicate it to you but rather the underlying structure that C. G. Jung, the famous Swiss psychiatrist, called an experience complex. We all constantly experience these complexes that mostly happen covered in the dynamic subconscious.

As soon as our subconscious does understand these patterns it will have an emotional impact on us, making us laugh, cry or experience terror. And when we think of movies, we associate it instantaneously with an emotional experience. So, next week, we‘ll have a closer look at the most important elements of a compelling story – emotions and their even more enjoyable brother, aesthetic emotion.

—– Gregor is a screenwriter and director from Austria currently working as a junior creative director and studying screenwriting at UCLA. On his blog BreakingIn he writes about screenwriting, directing and artistic development, documenting his attempt to break into the movie business. You can follow him on Twitter @Breaking_In. 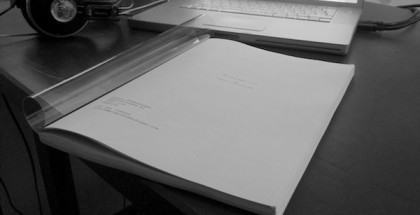